For a glossary of terms used on this page, see the Student Success Glossary.

Course success of SMC students is consistently in the top quartile (25%) of all public two-year colleges nationwide. SMC is proud of the diverse mix of students served by the college. 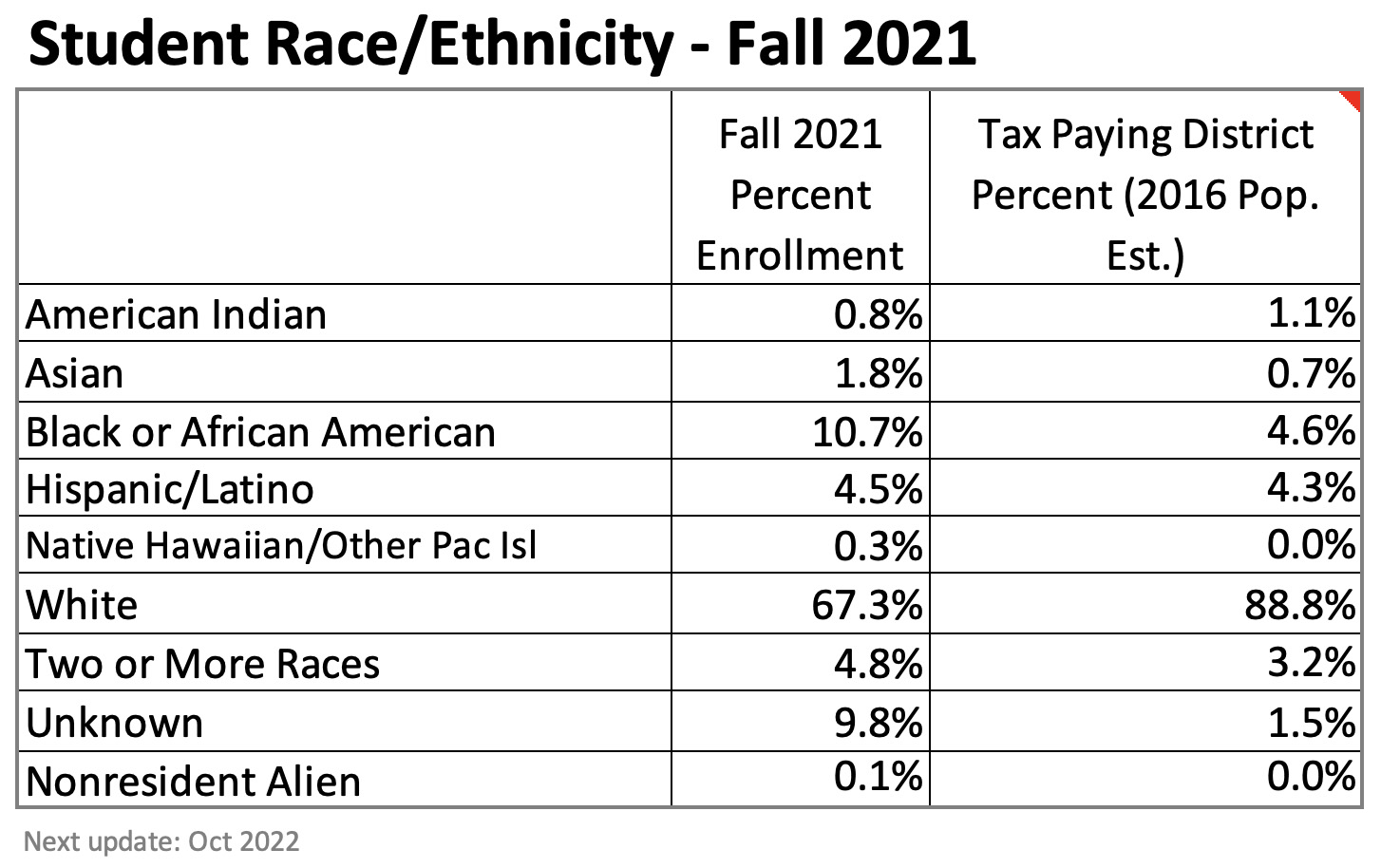 SMC student persistence across academic terms is in the top 10% of all public two-year colleges nationwide. 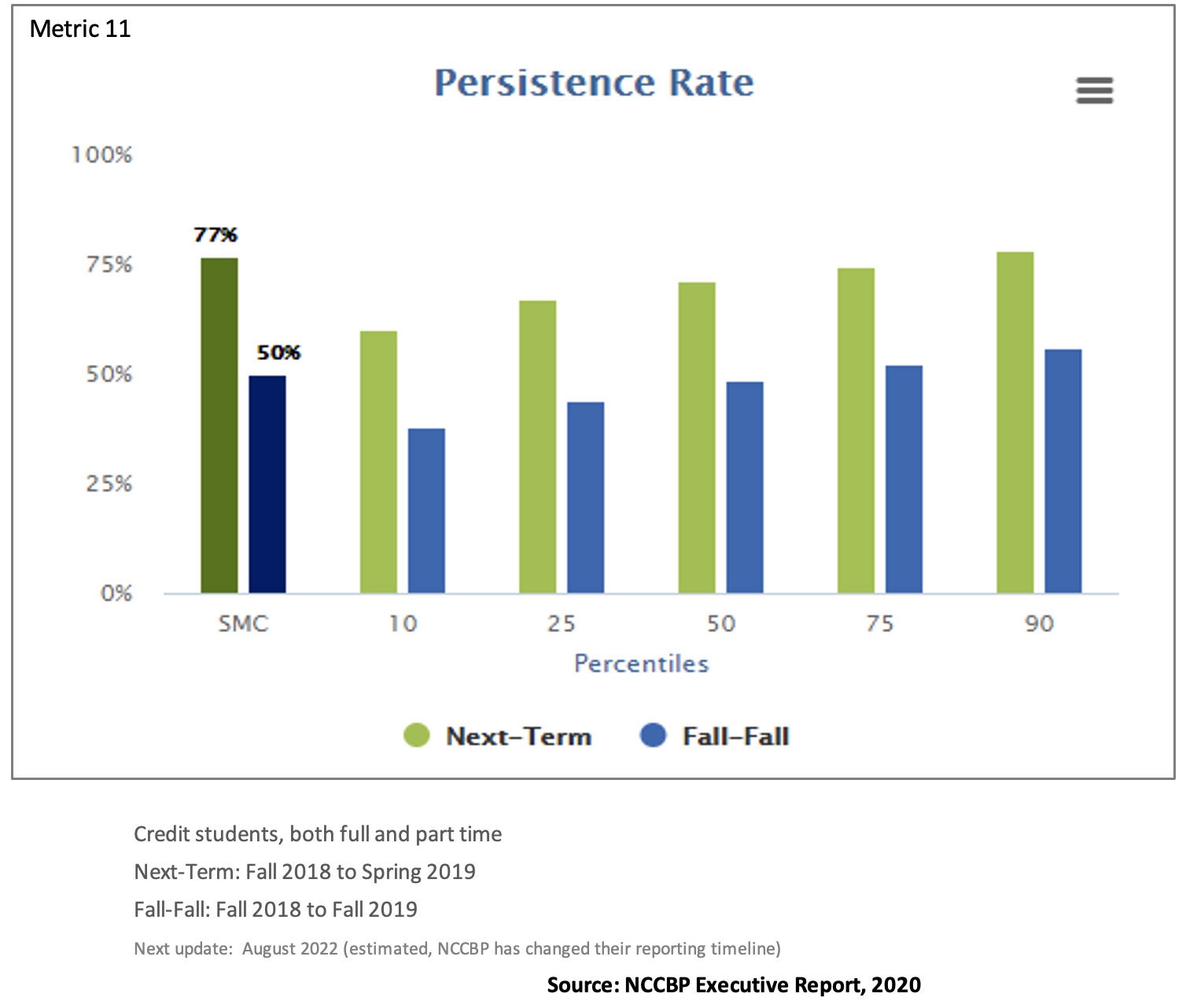 SMC has demonstrated consistent improvement and continues to exceed the national average in all eight measures of student satisfaction.

Note: In a normal distribution, the 75th percentile is .6745 standard deviations above the mean. 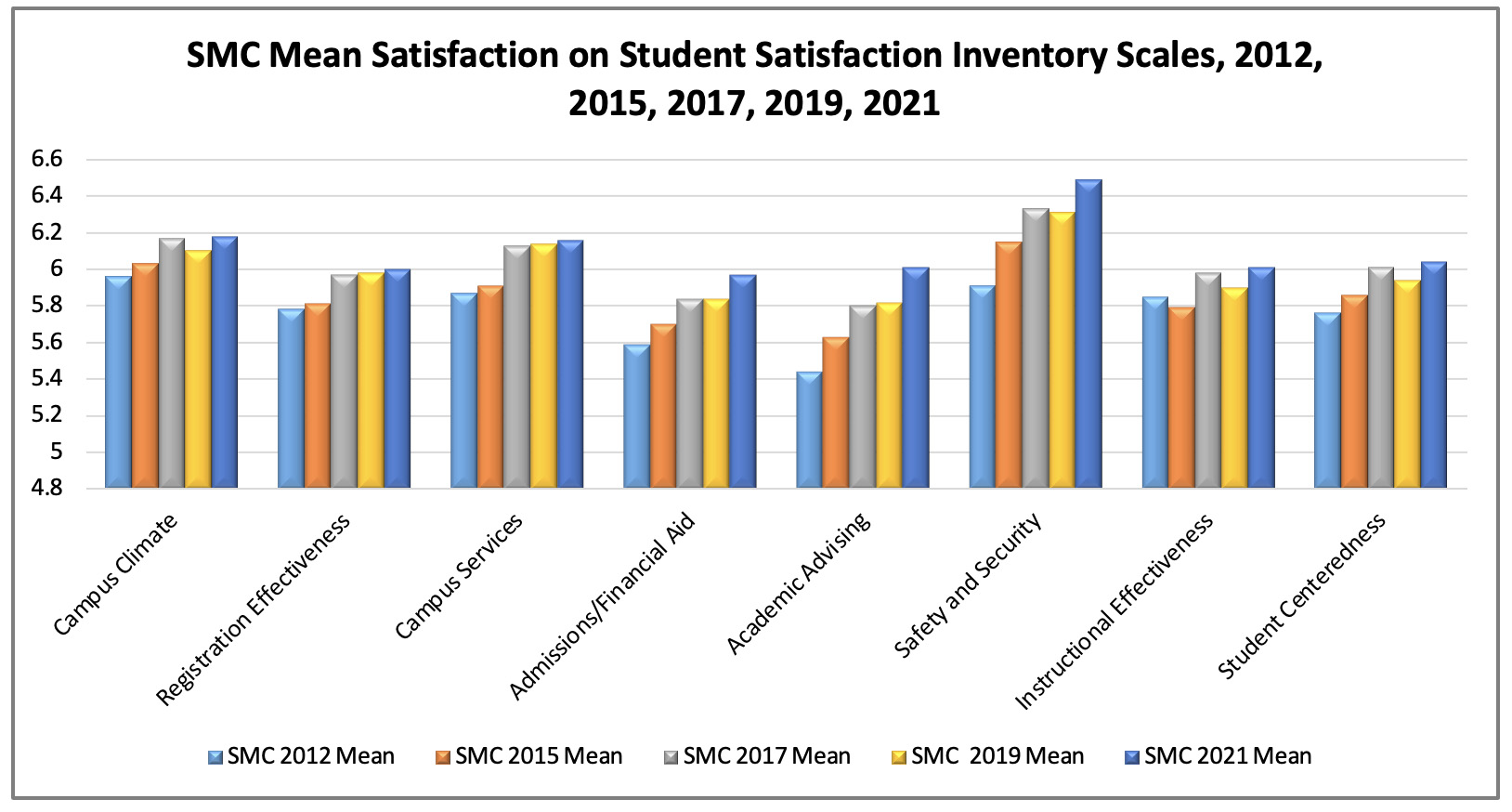 SMC's graduation rate is consistently above the state average. 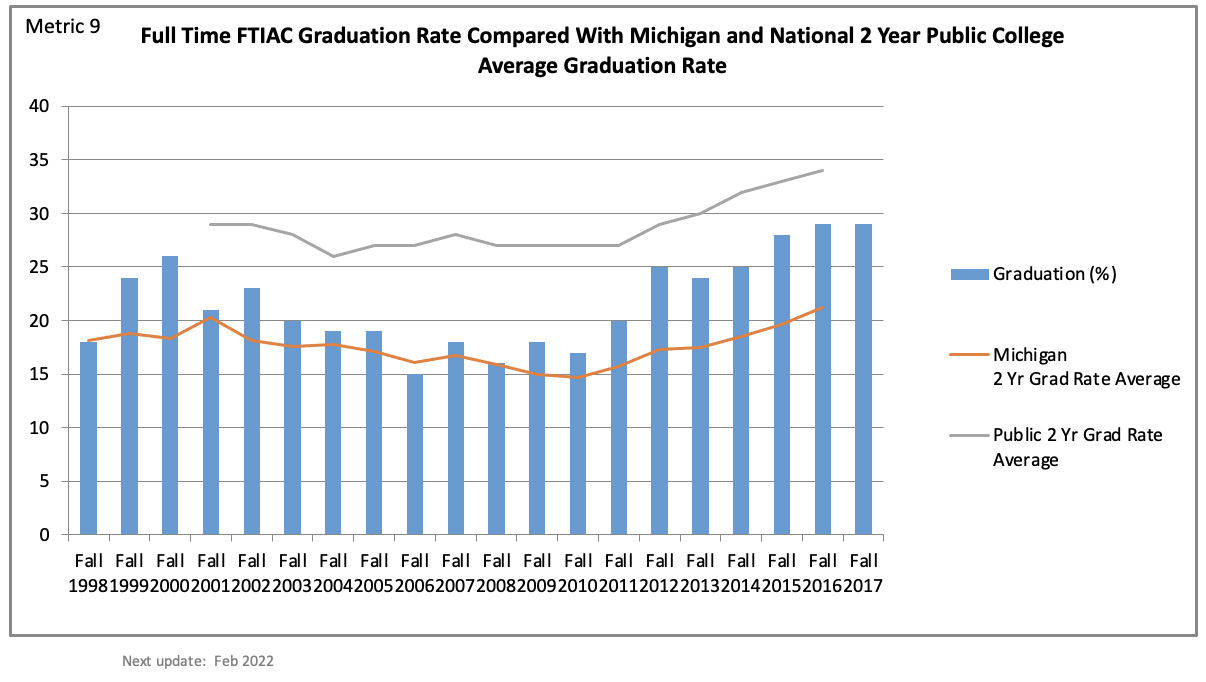 SMC's graduation + transfer rate is consistently above the state and national average. 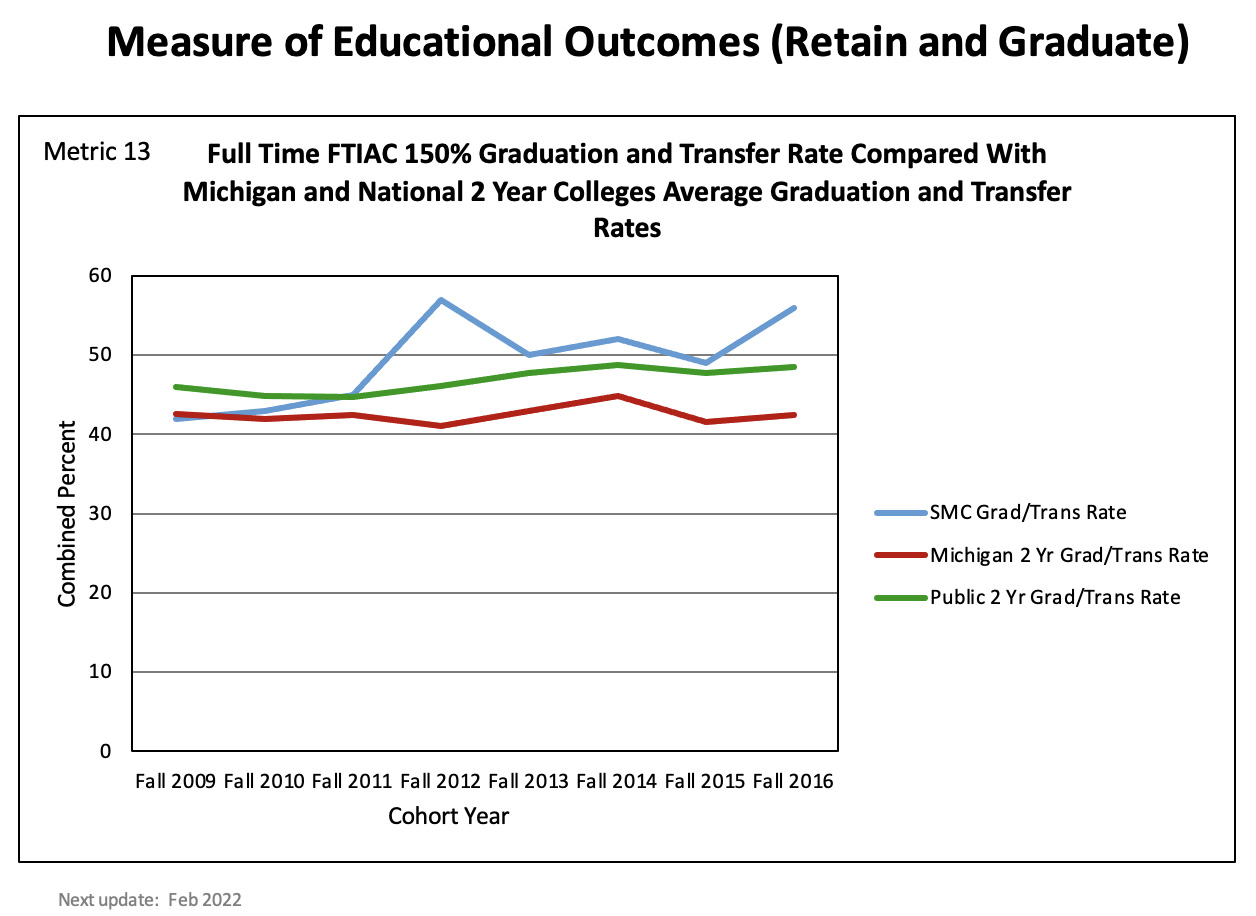 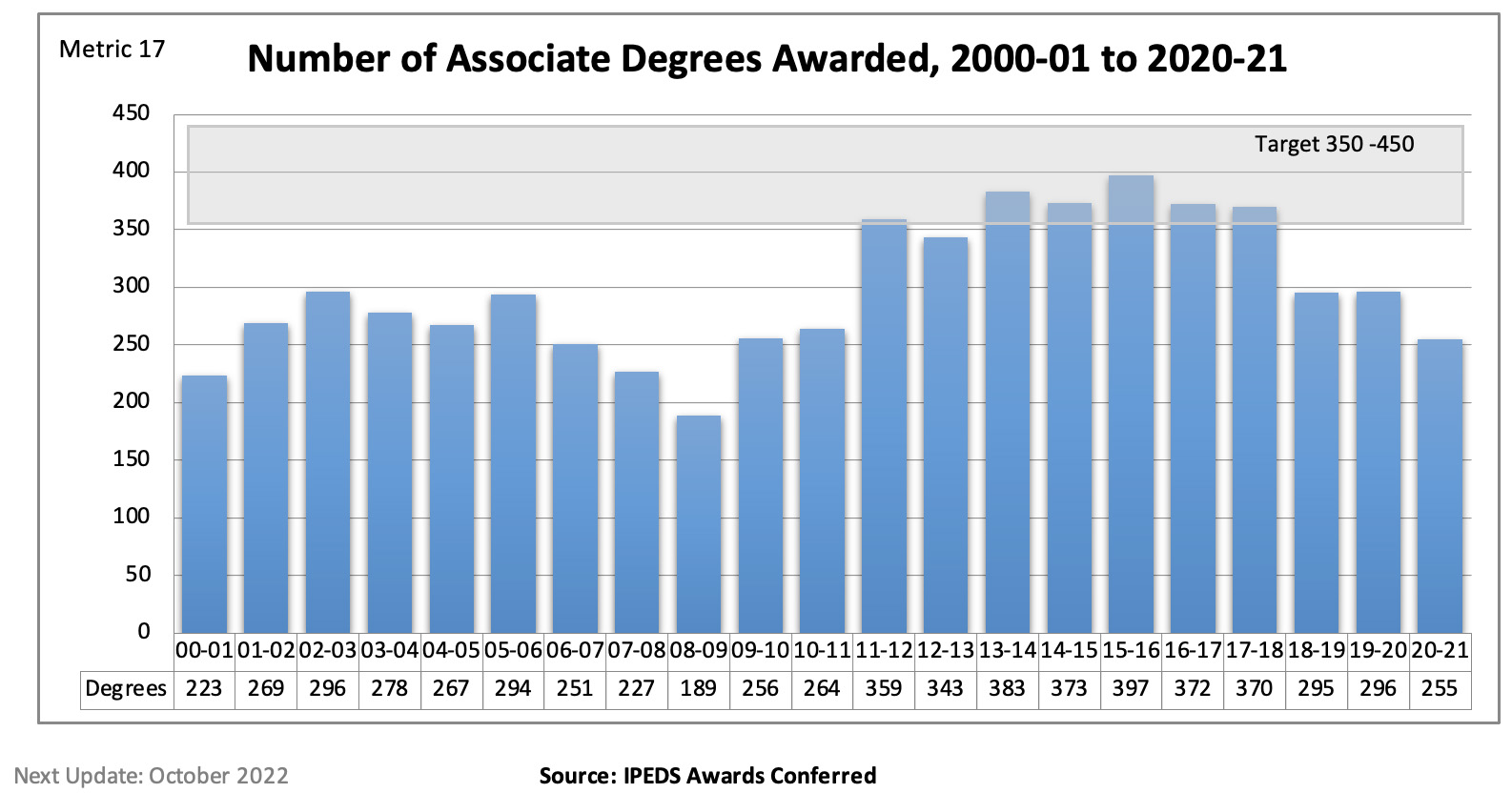